"Songket is a traditional Malaysian handwoven fabric created by women in the Malay Peninsula and Sarawak. The term songket refers to the decorative weaving technique used to make the fabric, which entails inserting gold or silver thread in between the base threads. As a result, the extra threads seem to float over a colourful woven background to create an ornamental effect. Songket is woven using a kek, a traditional, two-pedal floor loom. The final product is a delicate fabric resulting from months of skilled handloom weaving by expert artisans. The weaving technique, which dates back to the sixteenth century, is passed on from generation to generation, and the songket style can be identified by the design patterns that use geometric shapes and organic elements, such as flowers, birds and insects. The songket material was traditionally worn only by royalty and their families. However, today it is used by Malay people all over the country in traditional ceremonial clothing, for royal installations, weddings, births, festive occasions and formal state functions. Although the weaving of songket has always been firmly in the hands of women, men also partake i wearing a royal headgear made of songket. 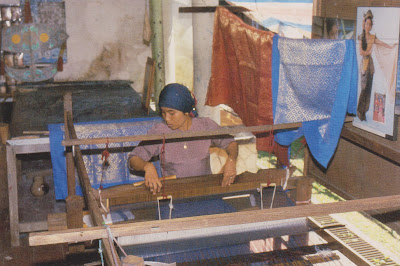 Postcard 2
Maxicard of the King of Malaysia wearing a royal headgear made of songket material. 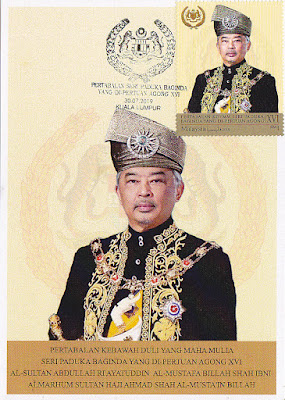 Postcard 3
Sultan of Kedah wearing a royal headgear made of songket material. 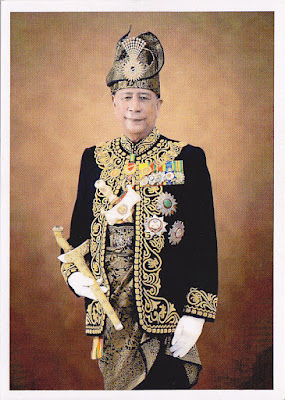 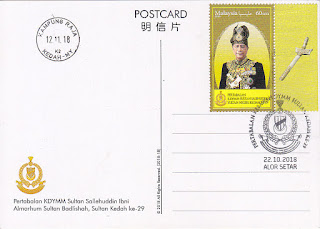 Visit my other Postcard and Stamp Albums

SL Liew
Welcome. Enjoy viewing the cards, postmarked stamps and share any interesting comments. If you can help to complete and enrich my collection, please let me know. Send me a postcard to my postal address : SL Liew, G-8-4 Taman Bukit Jambul, 11900 Penang, MALAYSIA. My email: smspenang@yahoo.com

I am collecting a postcard of each of UNESCO Intangible Cultural Heritage.

If you have a postcard of an Intangible Cultural Heritage that I do not have yet, please mail to me. It will make my day.

It will make my day. If you want to swap, please email me at smspenang@yahoo.com